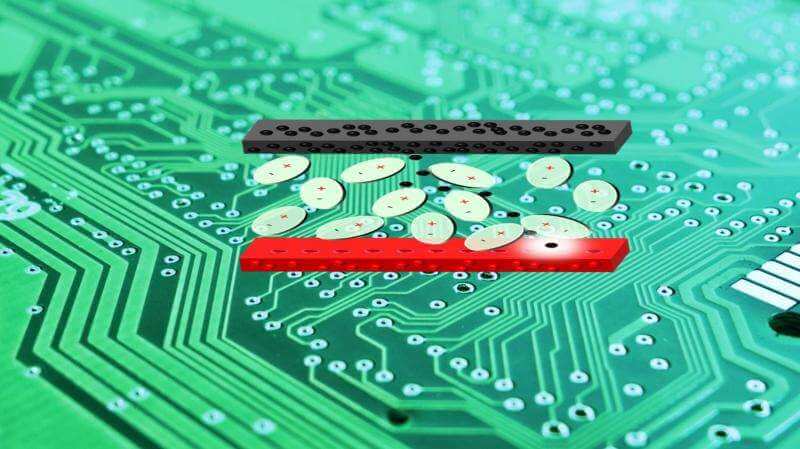 How we use and generate electricity has changed dramatically over the past century yet the basic components that control its flow remain remarkably similar. Researchers at KAUST have now developed a novel type of component that could improve the performance of electrical circuits.

Electronic circuitry is traditionally constructed from three primary elements; a resistor, a capacitor and an inductor. A sinusoidal electrical signal passing through these devices will change in signal strength, or amplitude, and the relative timing of the crest of the wave, known as its phase. A resistor will change amplitude only while a capacitor and an inductor can also change phase, but only by exactly one quarter of the length of the wave, or 90°.

Components that could alter the phase of the electrical signal by a different amount would enable electrical circuits with more varied functionality. One such device, known as a fractional-order capacitor, was realized by electrical engineering doctoral student Agamyrat Agambayev, under the supervision of Hakan Bagci and Khaled Salama, and colleagues. “We use a solution-casting method to fabricate fractional-order capacitors,” explains Salama. “This method allows us to easily blend different polymers and provide a mechanism to tune the device’s properties.” Printed Circuit Board for Instrumentation Application